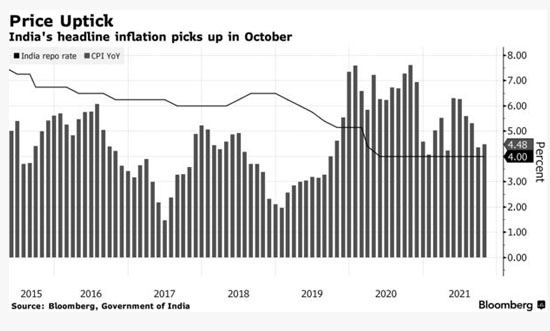 A clutch of Indian companies have turned increasingly vocal about their inflation concerns, setting the stage for raising prices that could test the central bank’s resolve to keep borrowing costs lower for longer to support the economy.

Companies from Hindustan Unilever Ltd., the Indian arm of Unilever Plc, to Nestle India Ltd. have pointed to profit-squeeze from higher input costs and supply chain strains, while the likes of Dabur India Ltd., a maker of packaged honey and hair oil, and Britannia Industries Ltd. have already passed on some of the increased costs to consumers.

Those increases probably fed into India’s headline inflation, which snapped a four-month slowing trend in October. Data Friday showed consumer prices rose 4.5% last month, beating economists’ estimate for a gain of 4.4%. Prices are expected to accelerate further as a higher base of comparison from a year ago fades.

“There is no substitute for price increases in an environment like this,” Varun Berry, managing director at Britannia, told analysts in a post-earnings call this month. “So we have actioned price increases.”

While several central banks have responded to price pressures by raising interest rates, the Reserve Bank of India has stuck with its inflation-is-transitory narrative as it sees the headline number edging lower on higher food output after a bountiful monsoon.

The expected food price-led moderation in India’s inflation was cited by Governor Shaktikanta Das as reason enough to continue with the easy monetary policy to support what he called a “delicately poised” economic recovery. The RBI’s rate-panel is scheduled to meet early next month to review policy settings.

Although the central bank sees inflation ending at 5.3% for the year to March 2022, well within its 2%-6% target range, economists see the headline number hiding persistent price pressures. Last month, the central bank unexpectedly suspended a government-bond purchase program after surplus funds in the banking system neared a record, posing an upside risk to inflation.

“They at least now look more receptive to the idea that liquidity needs to be withdrawn gradually or at least the short terms rates need to go up,” said Vivek Kumar, an economist at QuantEco Research in Mumbai. “The current inflation number will reinforce that.”

“Given the prospect of inflation heating up again and the recovery gathering momentum, we see a risk that the RBI raises rates a bit sooner than our current expectations for a reverse repo rate hike in April 2022 followed by a policy repo rate increase in February 2023.”

Prime Minister Narendra Modi’s administration last week cut an excise levy on diesel and gasoline, with an aim to check inflationary pressures and allow the central bank more room to keep borrowing costs low. The move, according to economists including those at IDFC First Bank Ltd. and Yes Bank Ltd., would help lower consumer price inflation by 10 to 14 basis points.

Still, a surge in pent-up demand from Indians emerging out of lockdowns could see businesses regain pricing power that could drive inflation faster.

“A substantial rise in prices charged for the provision of services in India had no detrimental impact on demand,” said Pollyanna De Lima, economics associate director at IHS Markit. “That said, service providers were concerned that persistent inflationary pressures could deter growth in the coming year.”

Those are among risks, according to Incred Capital Chief Economist Jay Shankar, that could turn the RBI hawkish sooner than currently being priced in by markets.

“Regardless of near-term inflation prints, the market is focused on the spillover impact of rising global commodity prices and potential Fed QE tapering on India’s monetary policy,” said Anubhuti Sahay, an economist at Standard Chartered Plc.

(Updates with October inflation data in the third paragraph.) 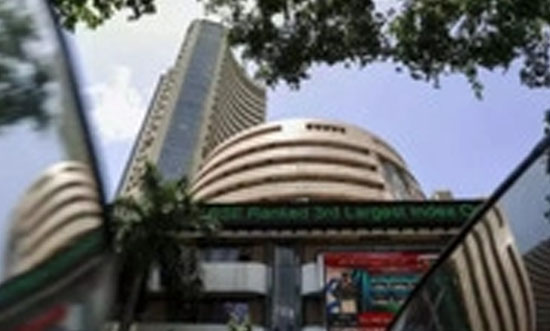 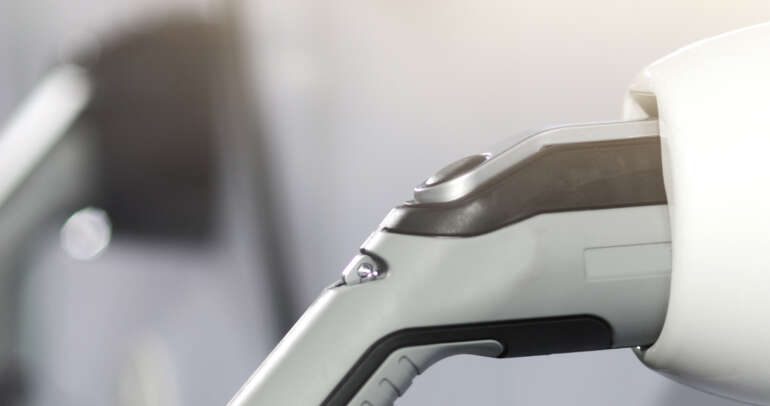 InCredMAPE advises on the $128 million Series E fundraise for Ather Energy from NIIF, Hero MotoCorp and others